5 Most Iconic Bond Cars Ever

As a result of the current pandemic, the release of the latest Bond film No time to die has been delayed several times, with its UK release now set back to October 2021 – leaving driving enthusiasts with a painfully long wait for the much anticipated gratuitous car chase that has become such an integral feature of the franchise. With such a long wait remaining, we decided to take a look back at some of the most iconic Bond cars to date.

After experimenting with a few different cars over the years, Bond’s 2002 instalment Die Another Day saw the return of Aston Martin, with the impressive Vanquish. Or, as Q. introduces it, the Vanish, due to its ability to become invisible – a never before seen feature of a Bond car (pun intended!). This aside, the car’s special features also included a range of traditional Bond essentials such as torpedoes, ejector seat and target seeking shotguns among others.

Prior to the return of the Aston Martin, Bond spent some time behind the wheel of German brand BMW, an arrangement that dates back to 1985 when the Bavarian car manufacturer negotiated a 3 million US dollar agreement to be Bond’s wheels of choice. A wise investment by all accounts, given that the deal was said to have generated around 240 million US dollars in sales for the mark. Although the BMW Z8 that featured in 1999’s The World is not Enough may have lacked the grace and poise of Aston Martin, it more than made up for this with its power to eliminate anything in its way – helicopters included – thanks to the powerful side rockets (not OEM, as far as we know). Unfortunately, in an act of sweet revenge, the car went on to be destroyed by a helicopter in its final outing by Bond.

The 1977 film The Spy Who Loved Me is memorable for what is considered by many to be the best James Bond chase scene of all time – but it features a Bond car that may surprise you. Meet the futuristic Lotus Esprit S1. Not only was this car impressively armed, but it also had the noteworthy ability to become a submarine. The motor certainly caught the attention of the public and earned the manufacturer enough advance orders to last the next three years, albeit without the underwater driving technology. For an extra piece of trivia, Tesla CEO Elon Musk purchased one of the Lotus Esprit S1s used in the movie at an auction in London in 2013 for USD 997,000. 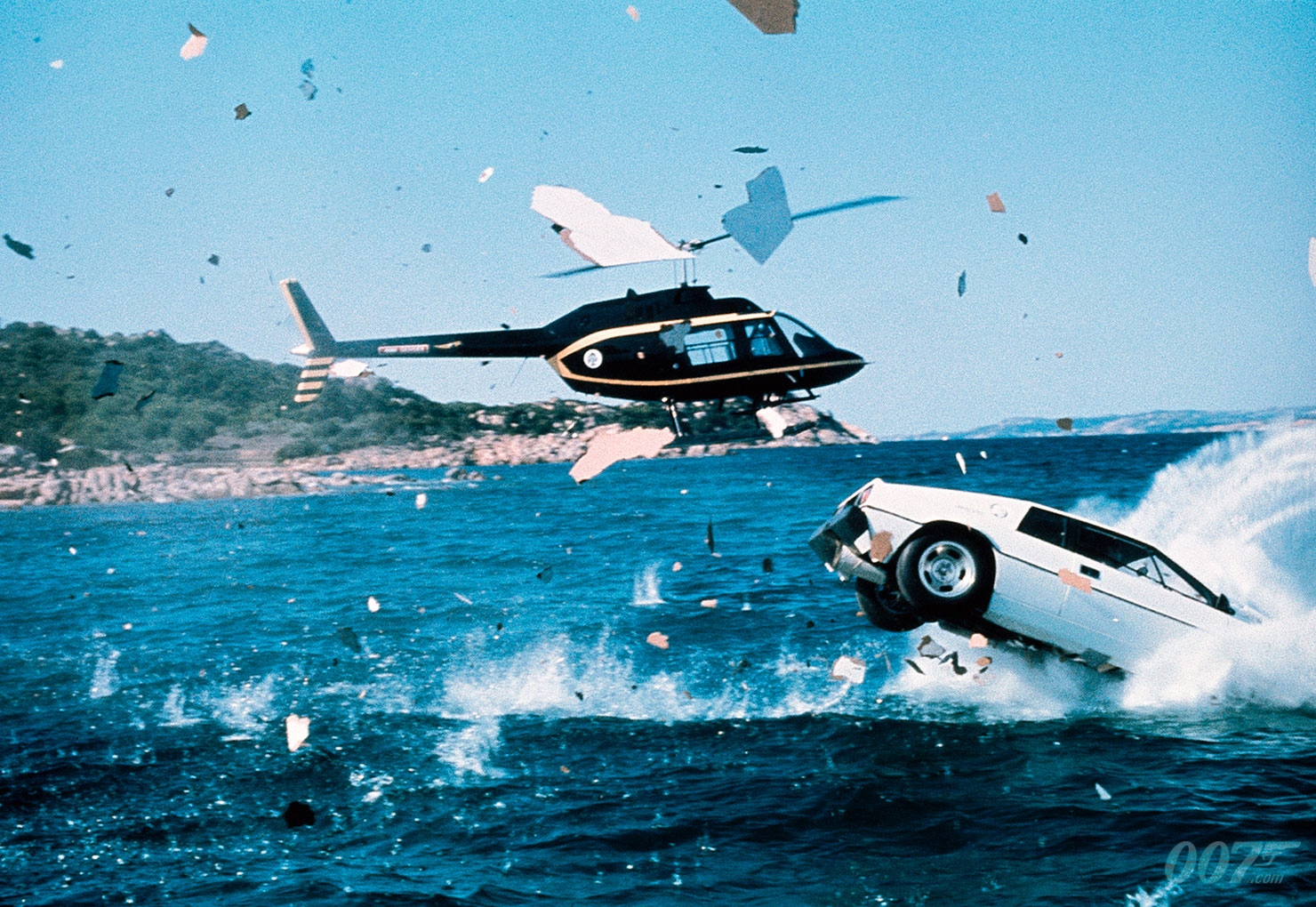 One of the most unlikely Bond cars ever featured in the franchise was the AMC Hornet, which appeared thanks to a 5 million US dollar advertising deal with the American manufacturer – a record at the time. The seemingly nondescript sports car was driven by Roger Moore in the 1974 film The Man with the Golden Gun and at first sight, seemed to lack some of the impressive features that Bond cars were famous for. Until that is, Bond showed us the infamous 360-degree twisting corkscrew jump across a river in a scene now considered to be one of the 10 best Bond movie stunts of all time. 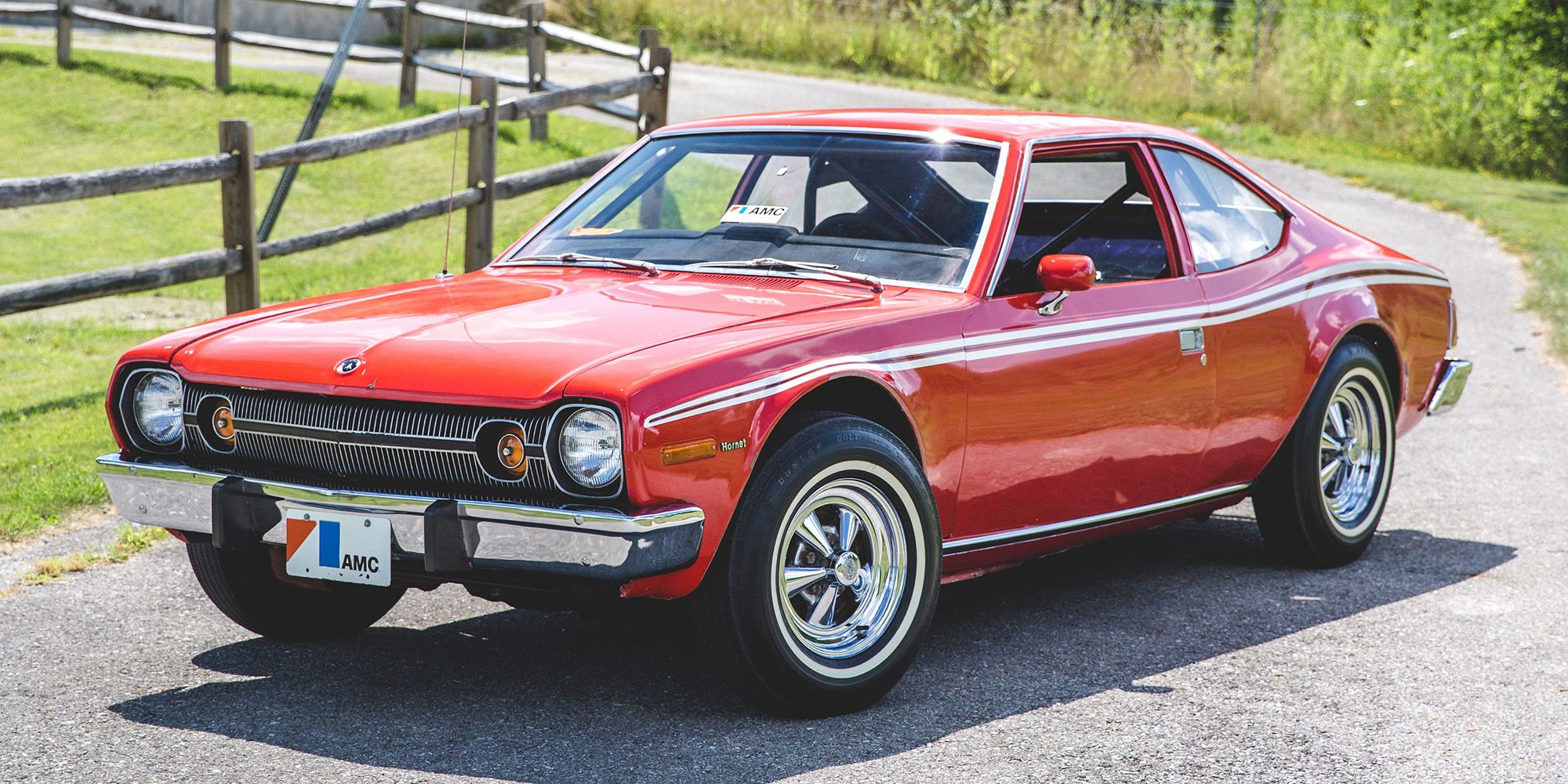 Of course, no list of Bond cars would be complete without the legendary Aston Martin DB5, the best-known James Bond car in history and the one that established the long-time association between 007 and Aston Martin. After appearing in Goldfinger in 1964, the model became a sensation– with some calling it no less a star than the late Sean Connery himself. Despite features such as machine guns and ejector seat, the car is perhaps best remembered for its revolving number plates. The Aston Martin DB5 also appeared in several subsequent films: Thunderball, GoldenEye, Tomorrow Never Dies, Casino Royale and Skyfall. In 2019, one of the four DB5s used in Goldfinger was sold at an auction for a cool $6,385,000.

For the widest range of budget, mid-range and premium tyres at the lowest possible prices, visit your local branch of Tyreland today. To find your nearest location, call now on 01 860 20 20.

Get a Quote Now

Give us a call or send an enquiry online

Tell Us What You Need